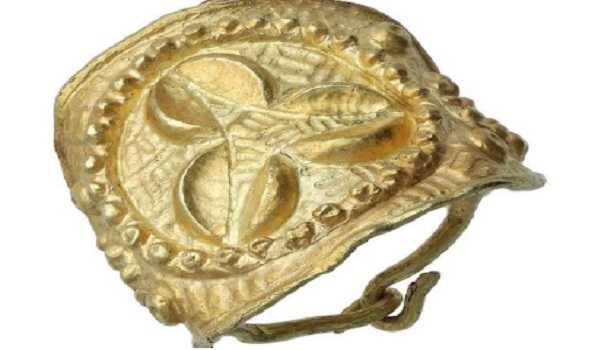 London: A “jaw-dropping” gold ring thought to have been worn by a Celtic leader 2,000 years ago is to be auctioned off — after spending nearly three decades in a collector’s cupboard.
The Iron Age jewellery, unearthed in a North Yorkshire field in 1994, is expected to fetch up to 30,000 pounds, BBC reported. The ring dates back to 100BC, decades before the Roman invasion of Britain.
A chieftain of the Corieltauvi tribe, which ruled parts of the Midlands and Yorkshire, is thought to have worn it.
A metal detectorist found the ring in Knaresborough in the 1990s and sold it to its current owner for a few hundred pounds.
The collector, a 66-year-old man who wants to stay anonymous, put it in a cupboard for 28 years before deciding to get it valued.
“I’m in my 60s, I don’t know how long I’ll be around,” he said. “I thought it really wanted a good home so my children don’t have to figure out what it does with it.”
The ring’s owner initially believed it to be Roman or Anglo Saxon, but when he took it to be valued at the British Museum, experts told him its true age.
The ring’s distinctive abstract design is linked to the Iceni tribe, which ruled a large part of East Anglia before the Roman invasion.
The ring is due to be sold from November 15. (UNI)