Motto for Today: ‘He who does not wish for little things does not deserve big things.’

As each day is a new beginning in one's life, it brings new opportunities, opens new avenues, to perform and make a mark, to write a Page in History Books

This is Your Day-TODAY: Take a Determined Step Forward and Make History!

1866 – The first U.S. patent for a yo-yo was issued to James L. Haven and Charles Hittrick of Ohio.

1873 – Rival cities of Buda and Pest unite to form the capital Budapest of Hungary. 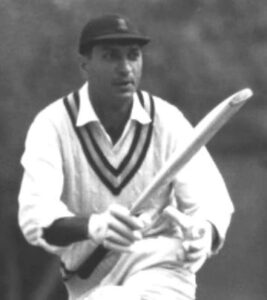 1866 – The first U.S. patent on a rotary crank bicycle was issued to Pierre Lallemont of Paris, France. With pedals applied directly to the front wheel, this so-called velocipede (“fast foot”) was a major advance on the old hobby horse bicycle that had to be pushed with the feet.

1923 – African-American Garrett Morgan patented an automatic traffic signal. He later sold the technology for the Morgan traffic signal to General Electric Corporation for $40,000. His invention came after he had seen an automobile crash into a horse-drawn carriage. Morgan was distressed by that traffic accident, and so he developed a new way to make streets safer for motorists and pedestrians.

1969 – The Union Home Ministry decides to reserve posts for SC\STs in the public sector undertakings.

1979 – Artificial blood was first used in a patient by transfusion at the University of Minnesota Hospital. The patient was a Jehovah’s Witness, who had refused a transfusion of real blood because of his religious beliefs.

1985 – A successful heart transplant to a 4-day-old infant, Eddie Anguiano known then as Baby Moses, was performed by Dr. Leonard Lee Bailey of the Loma Linda University Medical Centre.

1995 – Princess Di admits she cheated on Prince Charles in a TV interview.

2014 – North Korea threatens nuclear tests, and activity has been detected at one of the nation’s nuclear facilities; the threat was made after the U.N. recommended trying North Korean officials in the International Criminal Court for human rights crimes.