New Delhi [India], December 2 : Bharatiya Janata Party (BJP) chief Jagat Prakash Nadda on Wednesday extended birthday wishes to his twin brother, Jagat Bhushan. Both brothers have turned 60 today.
“All good things come in pairs, best of all are a set of twins, with extra laughter and double grins. Wishing my brother Jagat Bhushan Nadda a very happy birthday. May you be blessed with good health and joy,” Nadda wrote on Twitter while sharing pictures of him with his family members. 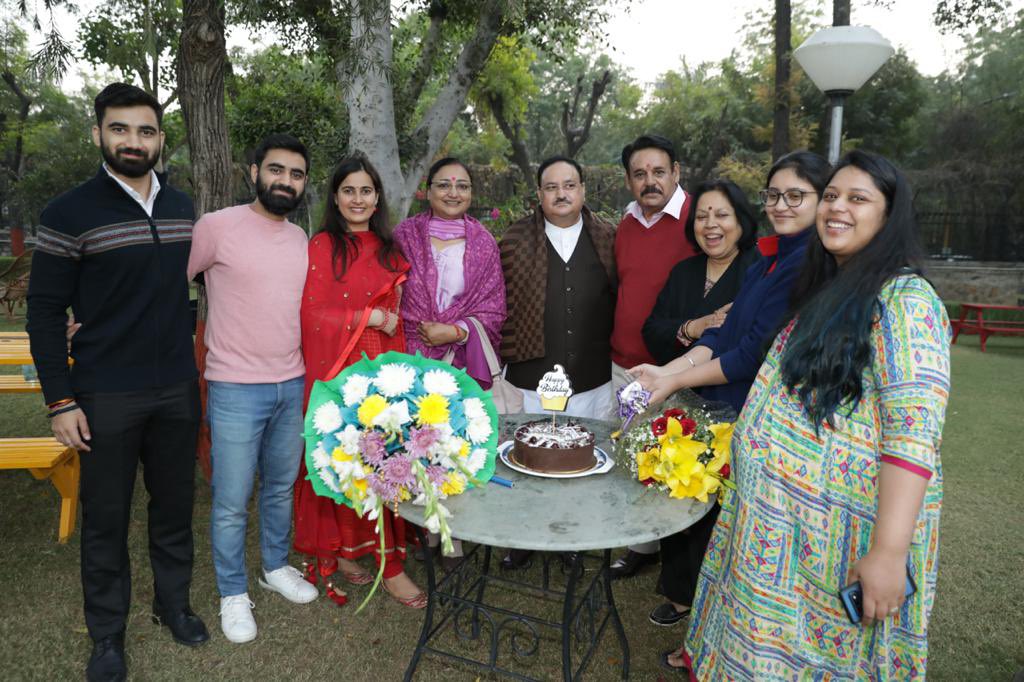 Prime Minister Narendra Modi, Union Home Minister Amit Shah, and many senior politicians wished the BJP chief on his birthday on Wednesday.
As per the official website of the BJP, Nadda, who originally hails from Himachal Pradesh, was born on December 2, 1960, in Patna, Bihar.
After completing his BA from Patna University, he studied LL.B from Himachal Pradesh University. He actively participated in various movements run by Jai Prakash Narayan during his young age.
In June 2019, Nadda was elected the National Working President of the BJP and in January 2020, the National President of the party.